Spruell Driver, Jr. has been inspired by the Volunteer Spirit from the time he enrolled as a freshman in the University of Tennessee, Knoxville engineering scholarship program headed by the late Fred D. Brown, Jr.  Former UT Knoxville Chancellor Loren Crabtree once described Driver as “a man who is a ‘volunteer’ in the truest sense of the word.  He has given of himself to the university and to the state of Tennessee since graduation, and we are proud to call him one of our own.”

A native of Nashville, Tennessee, Driver earned his B.S.I.E. degree, with high honors, from the UT Knoxville Tickle College of Engineering in 1987, and was named a Torchbearer, UT’s highest student honor.  He earned his Juris Doctor degree from Duke University Law School in 1991.

Upon graduating from law school, Driver continued his service to UT by volunteering for alumni chapter activities in Kingsport (Sullivan County), and later in Nashville (Davidson County).  From 1998 to 2003, Driver served on the UT Knoxville College of Engineering Board of Advisors.  In 2000, Driver was appointed to the Board of Governors for the UT National Alumni Association (UTNAA).  He served as UTNAA Treasurer for 2002-2003.  In 2004, Driver became President of the UTNAA, becoming the first African American to lead the association in its then 168-year history.  As President, he traveled throughout the state and beyond representing the university’s then approximately 300,000 alumni.  Driver served as National Chair of Annual Giving for 2005-2006, and he continued serving on the UT Alumni Association Board of Governors until 2014.

In October 2005, Governor Phil Bredesen appointed Driver to the University of Tennessee Board of Trustees.  In June 2011, Governor Bill Haslam reappointed Driver to a second term on the UT Board.  As the longest serving member on the current Board, Driver is Chair of the Trusteeship Committee, and he serves on the Executive and Compensation Committee, the Health Affairs Committee, and the Athletics Committee.  During his tenure on the Board, Driver has also chaired the Academic Affairs and Student Success Committee, and the Advancement and Public Affairs Committee.  Driver also served on the UT Foundation Board of Directors from 2011 – 2014.

Driver began his legal career in 1991 as a Corporate Attorney with Eastman Chemical Company in Kingsport, Tennessee.  Upon joining Eastman’s Legal Department, Driver became the first African American attorney in the company’s then 70 year history, as well as the first African American attorney in Kingsport.  He later returned home to Nashville where he worked both in private practice and in state government.  Driver enjoyed the privilege of serving as Special Counsel for Speaker Jimmy Naifeh (UT Knoxville ’61) of the Tennessee House of Representatives, and as a director of the Judicial Education and Program Services Division of the Administrative Office of the Tennessee Supreme Court.  Driver also enjoyed working as a transactional attorney with three of Tennessee’s largest and most respected law firms.

Driver is currently a Contract Officer in the office of Sponsored Programs Administration with Vanderbilt University, where he serves the university and its faculty in research contract and compliance matters.  He and his wife, Elaine (Willis) Driver (UT Knoxville ’85), have two children, Elise and Spruell III, and they are members of Lee Chapel African Methodist Episcopal Church, where Driver serves on the Trustee Board. 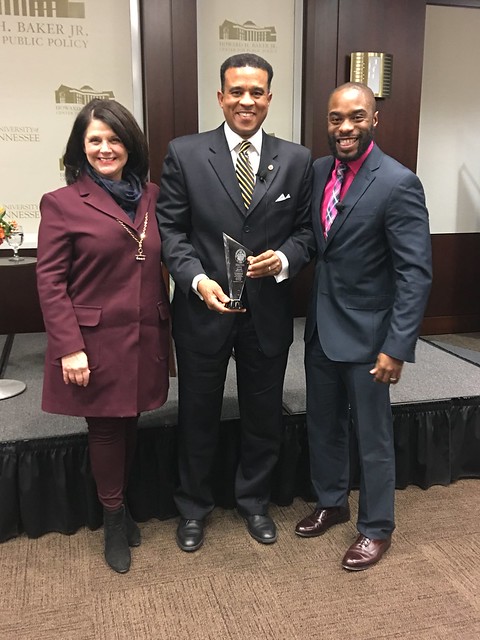